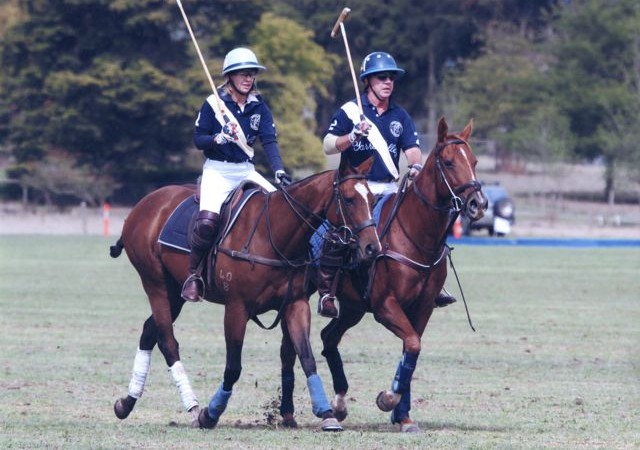 Nicole and Michael competing at the Yarra Valley Polo Club tournament in March 2013.  Michael is riding Chelsea; purchased from Warwick Steen in Queensland.  This was her first match after a terrible accident in early December 2012 from which the Mikani team did not think she would recover.  We are looking forward to her improving in the 2013/14 season.